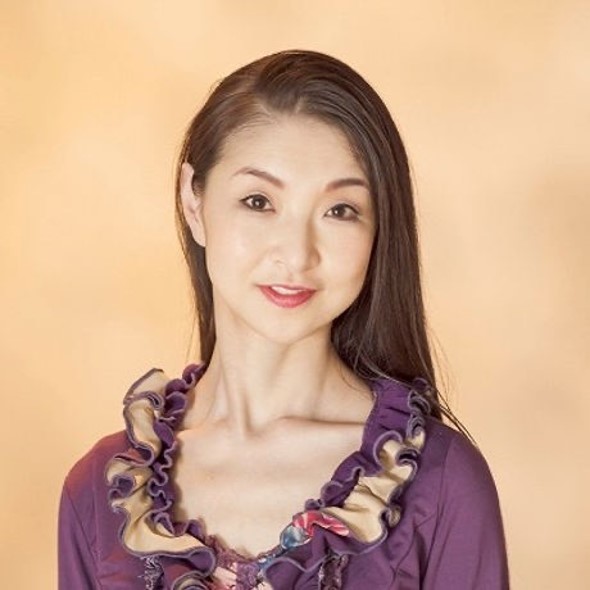 I graduate from a Bolshoi ballet school at the top. I play an active part in the Vladimir Malakhov Berlin national ballet to lead as principals in Moscow music theater ballet, Essen ballet (Germany), American ballet international, Cleveland San Jose ballet, Boston ballet for ten years. I am invited to the Leningrad national ballet and play the leading part in “Swan Lake” and “Giselle” and gain a great success. When I make a my guest appearance and played the leading part in “SwanLake” and “Giselle” in Ulan Ude national ballet, I receive commendation from a minister. In prize special in Moscow international ballet contest, New York international ballet contest bronze medal (first a Japanese), Paris international contest silver medal (there is no gold medal). I am appointed by an international exchange ambassador of Suita city. I am invited as a lecturer in particular in Japan, all parts of the world. I compete by a gallaperformance with Iriku Muhamedofu, Vladimir Malakhov, Jose Carreño in the United States, Russia, all parts of the world including Europe. I perform a dance and a produce performance of the music in all parts of the world. I play with the Berlin Philharmonic Orchestra in Baden Baden music festival and stronghold Berlin. In Berlin, I produce a performance in Japanese Embassy, a theater, art space, a gallery and play with musicians such as Mikhail Barenboim by a charity performance for earthquake disaster revival of Japan in the British Embassy. I produce Bach plus in Duo and play with world great master cello player, David Geringas. I give a performance in Lithuania, various parts of Germany and hold a charity performance in Sendai. I dance by a performance of the prime minister attendance in Lithuania. In 2016, I dance one’s own work by “Malakhov and a friend” gallaperformance in Berlin and get great popularity.
I am invited as a judge of the ballet contest in Russia, Europe, various parts of Japan. In addition, I host international workshops as if I become a go-between with Japan in Europe, the United States. In addition, other than sponsorship, I am invited as a lecturer in Europe, the United States, various parts of Japan. I am published in the German newspaper as a photographer and hold a private exhibition titled the backside of the ballet in Riga of Latvia.
I produce Marāhofu master class, DVD and a CD including Marāhofu variation lesson. In late years, at the Kiev Kunitachi ballet school, choreography instruction, staging of all curtain ballet are left from the ballet of all the countries of the world including “Paquita” “masked ball”, and, as an assistant of “Vladimir Malakhov”, “SwanLake” plays an active part in Europe and Ukraine, the United States in a Croatian national ballet in a Slovak national ballet “Bayaderuka”.
In Japan, I make Tokyo mixed voices choruses and collaboration.
As a ballerina playing an active part in the foreign countries, it was broadcasted with Japanese TV show “JOUNETSU – TAIRIKU” and appears on NHK live.
Even as for NHK world, Yomiuri broadcast, it was broadcasted a document the activity of the new corona evil. Even German Bella is broadcasted in video journalism. I acted as a guest professor of Kobe College in 2020 in 2017.
I perform the activity that it is to the instruction of the younger student, the bridge with foreign countries positively recently while I work on a performance with the wide range of repertories from classical music to new classicism.
I established Japan international ballet Company and gained a great success in a world festival of Kazakhstan in June, 2019. I appear on the concert in NHK Nagoya New Year in 2020 and am broadcasted. I deal with direction, constitution, the choreography and continue the activity to convey art, culture widely close.
In a book “the toe shoes which dance the world.”