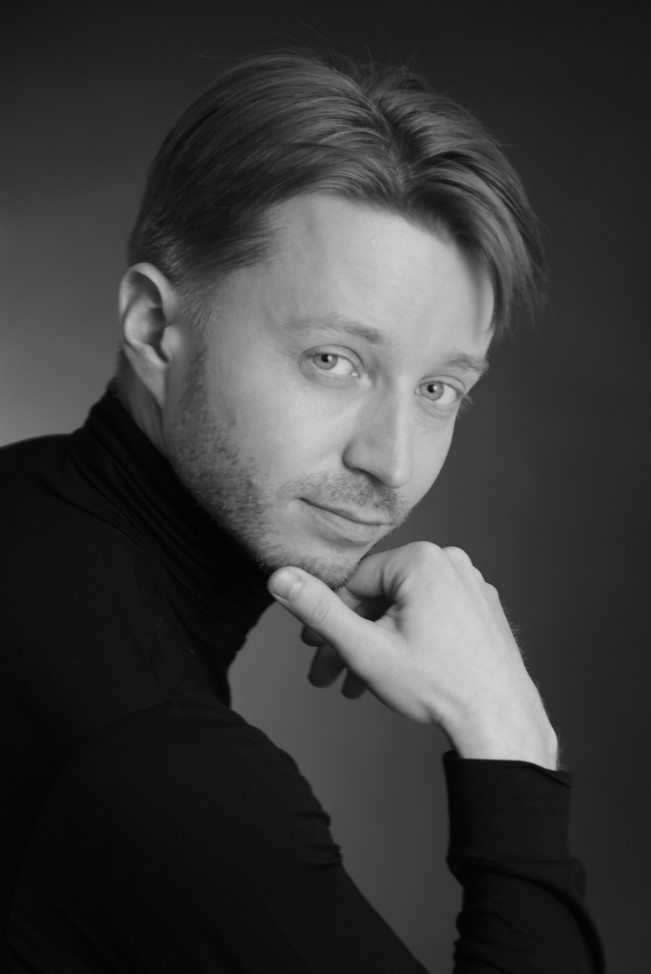 Born in Izhevsk, Russia. He graduated from the Udmurt Republic of Russia with a bachelor’s degree in art as an educational choreographer. He has performed on numerous stages at the Russian National Tchaikovsky Memorial Udmurt Opera Ballet Theater, Ballet Company “Moscow city ballet”, and has been active as a ballet master and choreographer at the Dance Company “Ensemble Izhevsk”.
Moved to Japan in 2012 and joined Momoko Tani Ballet Company. Appeared in CID UNESCO TOKYO. Since 2012, he has been teaching stage choreography, pas de deux class, character dance, etc. at RBS-studio, Tokyo International Ballet School, and other ballet studios. Organized “Stanislavski System Workshop in TOKYO” to learn acting method. Since 2013, he has appeared in many media such as NHK, Tokai TV, and Asahi TV as a choreographer of folk dance. Choreographed and instructed many entertainers such as DA PUMP. Many commercials appeared.